Long time reading but so worth it.

I started reading this back in March, & all the heartbreak & drama with Coronavirus makes that feel a lifetime away. But this book relates a different kind of hardship for the predominantly European women settlers(although there are some chapters devoted to Maori women and women born in New Zealand) travelling into a whole new world, usually bearing numerous children. Their lives were varied, but mostly experiencing extreme hardship. Some of the stories broke my heart – like Catherine (Kitty) Chamberlain’s toddler son dying in agony after a chemist put arsenic in the worming powder his parents had given him. No mention of any consequences for the chemist! But Catherine changed from a happy person to an unsmiling one. She later went blind. My heart indeed aches for her.

Kitty Chamberlain, with her mother, her son William & William’s son.

& for Elizabeth, pressured into a loveless marriage with the charmless William Colenso. I’m not going to relate everything that happened to her in this terrible, terrible marriage (if this was a novel I would have dismissed the story as too fantastic to be believed) but among other things, seven months pregnant with her second child, Elizabeth walked most of 130 miles over rugged hilly countryside (to be assisted by Mrs William Williams with the birth) at what is now Gisborne. This was in July, which is our winter. The Maori people with her carried her firstborn Fanny & carried her on the easier parts. 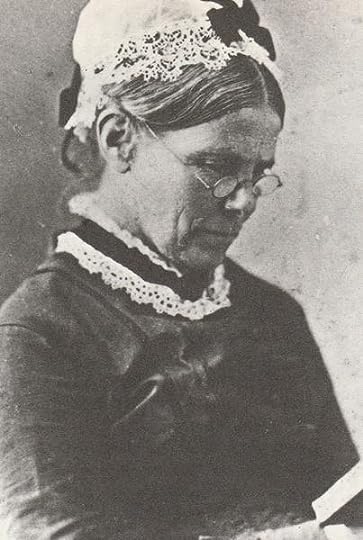 I was thinking the story of Riperata Kahutia was happier, as she became an advocate at the Native Land Court, but she was cheated out of some of her land (Macgregor declined to state who the cheat was) and she died when only 48 (amazingly enough many of the women in this book lived long lives!) In spite of the earlier rip off, she owned more than twice the amount of land than she originally had by birthright.

Macgregor does mention the shortage of information & you can see she has worked hard on what she had. This volume is about the women of the Wairarapa/Hawkes Bay/Poverty Bay area. Macgregor wrote another volume about the women from the Taranaki area. Another author, Barbara Harper, wrote about the women of the South Island. My NZ side of the family are from the Northern part of the North Island (in part I chose Elizabeth Colenso because she was born in Keri Keri) and I wish there was a companion volume for that area. Unlikely. The two volumes I know about are rarer than this one, so maybe they weren’t big sellers.

I chose three women. I could have chosen three other women at random and given excerpts from some amazing lives.

And after she moved to England in the 1990s I have been unable to find further information about Miriam Macgregor, (other than her year of birth) a remarkable woman in her own right. As well as New Zealand histories she also wrote for Mills & Boon & was a close friend of Essie Summers

I’m treasuring our past and reading about it.

View all my reviews

I'm a powerhouse New Zealand reader who finally feels ready to start her own blog! From time to time I may also blog about my second home - Goodreads!

buy my books (NZ only)

© Carol – She’s So Novel! Blog, 2019. Unauthorised use and/or duplication of this material without express and written permission from this blog’s author and owner is strictly prohibited. Excerpts and links may be used, provided that full and clear credit is given to Carol – She’s So Novel! with appropriate and specific direction to the original content.